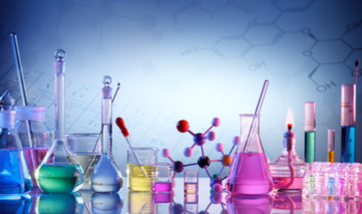 Mexico faces two problems in attempting to provide such protection.As a signatory to the Trade-Related Aspects of Intellectual Property Rights (TRIPs) Agreement, Mexico is bound to protect the confidentiality of regulatory data filed with the Federal Commission for Protection against Sanitary Risks (COFEPRIS), which authorizes the commercialization of drugs or agrochemicals containing new chemical entities. The signing of the North American Free Trade Agreement by the Mexican government strengthened this international obligation, which is also set out in other regional agreements and treaties under which Mexico agrees to provide data protection to companies which apply to register their innovative products as safe and effective. However, Mexico has been unable to find a form of protection which ensures that a filing company’s data will not be used or relied on unfairly by an unauthorized third party.

First, COFEPRIS is not explicitly forbidden from relying on the regulatory data filed by an innovator under an abbreviated procedure for submitting new drugs for approval; the relevant provisions may be subject to varying interpretations.

Second, the information filed with COFEPRIS is kept entirely confidential for data protection purposes. However, there is a risk that an unauthorized third party may file such information in a modified form, having obtained it illegally or in a foreign country which allows for the partial disclosure of such information.

The first issue arises because COFEPRIS may approve a manufacturer’s abbreviated submission for approval of a new drug by relying on a dossier previously filed by the laboratory responsible for the innovation, as basing approval on such information is not expressly prohibited under the TRIPs Agreement or Mexican law. No such prohibition was included in the agreement because the signatories considered that the phrase “protect such data against unfair commercial use” in Article 39(3) included protection against this form of reliance. Nevertheless, this interpretation was included in the preparatory papers of the agreement and according to Articles 31 and 32 of the Vienna Convention on the Law of Treaties, which provide guidelines for the interpretation of international treaties, an adequate and integral interpretation of Article 39 of the agreement would prohibit reliance.

However, the Canadian Courts, for instance, failed to recognize such prohibition, and allowed the Canadian Ministry of Health to grant authorizations for the commercialization of generic drugs by relying upon a dossier, protected by a data exclusivity right.(1) This is an example of how difficult it could become trying to prevent reliance by the signing party’s government agencies.

Additionally, if such a prohibition were intended to be enforced in Mexico, the issue would not only become providing and obtaining from the corresponding government agency an adequate interpretation of an international treaty, but also the application of such a treaty against a Mexican government institution, which in the past has proven to be rather difficult and expensive.

The second issue relates to the protection granted in Mexico for regulatory data. Whereas in other countries dossiers on new chemical substances are partly disclosed on public protection grounds (eg, in order to allow research institutes to begin thorough studies of their efficacy and safety), a dossier submitted to COFEPRIS is subject to strict confidentiality protection; the company which files the dossier is the only entity which can access it.

Several cases have indicated that firms which produce generic products have been able to obtain information on a product containing a new chemical substance in a country with a partial disclosure policy under Article 39(3) – or else acquire such information illegally – and file a dossier with COFEPRIS, which has then granted the generic firm data protection for the information and authorization to commercialize the product. The firm with which the innovation originated is unable to nullify the authorization granted to the generic firm, as confidentiality protection makes it especially difficult to obtain conclusive evidence of the unfair use of partially disclosed or illegally obtained information in a dossier.

Considering all the social benefits derived from the development of new pharmaceutical and agrochemical products, it is to be hoped that the government will introduce adequate legislation to prevent COFEPRIS from relying on previously filed information and bring the protection provided at this stage of the process into line with that granted by systems in other countries.