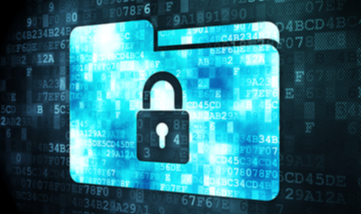 The pharmaceutical industry is seeing a worldwide struggle between research and development (R&D) laboratories and manufacturers of generics. As the conflict reaches this global scale, accusations of unethical behavior, ever-greening and free-riding competition are becoming a frequent issue in Mexican newspapers and broadcasts. The discussion has also addressed issues such as human rights and access to drugs and the provision of health service.

The argument at hand covers more than just patent rights. The protection of the regulatory data submitted to the Federal Commission for the Protection against Sanitary Risks (COFEPRIS in its Spanish acronym) has been claimed by the manufacturers of generics to be a second generation patent right or an artificial extension of the validity of a patent. In short, it has been defined as another way of ever-greening.

On the other hand, R&D laboratories use this system to seek to protect information worth about $800 million, which is obtained for new chemical entities that will become new pharmaceutical products.

The parties argue over whether the data exclusivity protection will diminish or enhance the welfare of the community. Either way, data exclusivity’s social, economic and political significance cannot be ignored.

Additionally, this issue also affects the agrochemical industry since in order to obtain a marketing authorization for products composed of a new chemical entity, regulatory data is also requested. Consequently, the data exclusivity protection also applies to this sector.

It is important to mention that the amendments to the Indian Drug and Cosmetic Act have faced several obstacles, where some of the major makers of generic drugs are based.

Likewise, the data exclusivity amendments in Canada are being challenged by the country’s generics manufacturing industry at the Federal Court, as they claim that these amendments unfairly extend market monopolies.

Although the protection offered by the Mexican legislation is designed to comply with treaties such as the Trade-Related Aspects of Intellectual Property Rights (TRIPs) Agreement or the North American Free Trade Agreement (NAFTA), such protection does not adequately defend the regulatory data or provide effective means of enforcement due to the divergences between the partial disclosure system of other countries and the non-disclosure system adopted by Mexico.

Data exclusivity rights are mentioned in Articles 82 and 86 bis of the Mexican Industrial Property Law (MIPL) and in Numeral 167 bis of the Health Supplies Regulations (HSR). However, the MIPL only states that the regulatory data is protected in accordance with international treaties of which Mexico is a signatory, while the HSR establishes that the regulatory data for drugs containing new chemical entities will be protected by means of non-disclosure. Nevertheless, the Regulations regarding Registration, Importation and Exportation Authorizations and Certificates of Exportation of Pesticides, Vegetal Nutrients and Dangerous or Toxic Materials do not mention anything about the protection of regulatory data.

In consequence, several market authorizations for both pharmaceuticals and agrochemicals may have been issued without considering any opportunity for enforcing the data exclusivity protection, causing the diminution of incentives for R&D of new medicines or for better agrochemicals.

However, the following issues must be globally understood if the governments are to protect and promote innovation by implementing an adequate data protection system.

Human rights and access to healthcare and drugs for the poorer parts of the world’s population have been on the negotiating table in several regional and international IP agreements.

The need for access to generic versions of new drugs for low-income consumers has been the main argument of several NGOs as well as of the makers of generics. On the other side, innovator laboratories claim that without a strong IP protection framework, the R&D for new drugs will be diminished.

It is also important to highlight several facts:

The fact that the R&D performed by the innovator laboratories is necessary for providing society with better medicines and food supply forces us to come up with an adequate protection framework to improve social welfare by means of direct investment for the construction of R&D facilities, enhanced qualification of scientists and researchers and, finally, more effective medicines and agrochemicals.

In the meantime, a good health insurance system will ensure that those who require protected drugs will have granted access to medicines notwithstanding their economic conditions

On the other hand, the implementation of an adequate IP protection regime will allow makers of generics to provide quality low-cost drugs by the end of the protection period.

In this connection, the Mexican legislation regarding data exclusivity is different from the laws in certain developed countries. Although it is designed to comply with the provisions of international treaties, it provides an IP legal framework that is not harmonized with those of other countries, hindering the Mexican society from obtaining the full benefits of both innovator and generic medicines.

The HSR provides that the information filed before the COFEPRIS for obtaining a market authorization for a drug containing a new chemical entity will be protected against disclosure to any non-authorized third party.

In this regard, protecting the dossier containing the regulatory data against disclosure will not allow universities or research institutes to further test the approved drugs or agrochemicals to determine if there are possible side effects for consumers or for the environment that could not be obtained during the R&D approval tests.

Additionally, the social perception would be improved if consumers know that possible side effects of drugs are available for further analysis by other parties. Moreover, since the term of protection for the innovator’s data is not determined, that data will not be available to the makers of generics after a reasonable time of market exclusivity.

Reliance on the protected information

The reliance on the previously submitted data of an innovator laboratory by the granting authority of the corresponding drug market authorization is another issue that the Mexican legislation must avoid.

In order to obtain a marketing authorization for a drug or a crop protection agrochemical containing a new chemical entity, the innovator laboratory is required to file substantial information to prove the new drug’s safety and efficacy or the agrochemical’s biological efficacy and human, animal and environmental safety.

However, obtaining such information may take between five and 10 years of R&D, with a cost ranging from $150 million to $800 million per new chemical entity. Additionally, it has to be considered that just a small proportion of the new chemical entities developed will reach the market.

In recognition of this situation, Article 39.3 of the TRIPs Agreement forbids the use of the information filed by innovator laboratories before the competent authorities in an unfair commercial manner.

Canada’s Bayer Inc v. Canada (Attorney General), 87 CPR (3d) 293 clearly suggests that reliance may not be considered as “use” and consequently not “unfairly commercial” by the competent authorities when it comes to litigation. In this particular matter, the Canadian tribunals interpreted the word “reliance” as the physical examination of the regulatory data filed by the innovator laboratory.

Therefore, if the Canadian Minister of Health reviewed only the information filed by the maker of generics for obtaining a market authorization for a copycat drug and approved that application based only on the existence of the innovator’s data, that would become “indirect reliance” and thus not direct, physical examination that would result in unfair commercial use.

Nonetheless, reliance as defined by any English dictionary refers to use. Consequently, reliance – whether direct or indirect – is use. Logically, the use/reliance of the dossier would require the consent of the originator of the data, since without it the use would be unfairly commercial.

Nonetheless, in order to avoid similar misinterpretations by the Mexican tribunals, it would be necessary to implement an adequate data exclusivity legal framework.

Another issue arises out of the means of protection adopted by the Mexican Law and its Regulations, since Mexico offers protection to the regulatory data by means of confidentiality and non-disclosure of the information filed before the COFEPRIS.

However, the downside of offering such protection is the fact that a dossier might be illegally used to request a market authorization by a generic laboratory arguing that the information was developed by the claimant. The dossier may be taken from countries with partial disclosure policies or corporate infiltration.

Therefore, innovator laboratories may not be interested in maintaining the regulatory data as confidential if, instead of non-disclosure, appropriate measures against the use of that information in an unfair manner are available.

The future of data exclusivity in Mexico

As there is a global tendency towards stronger and harmonized IP protection, Mexico will have to make its legislation adequate to become a more competitive and attractive country for foreign investment for the benefit of its society.

Canada’s recent amendments had clarified that reliance is inconsistent with the country’s legislation and the TRIPs Agreement.

These amendments included granting an eight-year period where the generic laboratory will not be able to obtain a market authorization of a copycat drug. Nevertheless, the maker of generics may file such a request after a six-year period; however, that request will not be granted until the protection period expires, which eradicates the reliance issue.

Additionally, since the Mexican legal framework regarding data exclusivity does not contemplate a term of protection for this data, the adoption of amendments similar to those implemented by the Canadian government will definitively block any kind of “unfair commercial use” including the reliance issue and will set a period of time for the duration of the protection.

Likewise, the manufacturers of generics will obtain a fixed period of time similar to the Bolar exception regarding patents, when they can investigate and develop the required means of generic production for protected drugs.

Such amendments will also have to address the non-disclosure protection for regulatory data.

In this regard, it will be necessary for Mexico to implement a partial disclosure system which, along with the above-mentioned periods, may definitively offer reasonable protection for the innovator laboratories.

The partial disclosure system will harmonize data exclusivity protection with Mexico’s commercial partners and will provide several benefits for the makers of generics, since relevant information would be available during the filing period, providing the manufacturers of generics with additional information to begin the distribution of generic drugs after the end of the protection.

Likewise, Mexican consumers will know that relevant information is available for further research by universities or research institutes, improving their confidence in the Mexican health system as well as in the innovator laboratories.